The book has it all – twists, action, suspense, and a killer ending.

As a court-certified expert on ballistics and firearms, Michael Cole is accustomed to unusual cases and bad clients. But when the beautiful wife of a Scottsdale millionaire arrives at Cole’s door with a sniper rifle and a problem, he finds himself between a rock and a dark place. Before the day is through, Cole is beaten, robbed, arrested for murder and threatened with death. That’s just the start of his bad week.

Accompanied by love-interest Sonia Tomei, Cole must battle vicious Russian criminals, Wall Street mavens, the local police department and the US Army Criminal Investigation Unit. Everyone wants Cole’s head and the rifle he finds himself possessing. It happens to be a rare Steel Violin, a unique weapon with unparalleled accuracy. The rifle’s destiny is to put a bullet in the heart of the nation’s financial system by killing the Chairman of the Federal Reserve, but not before aiming at Michael Cole and the one he loves.

Get the Free eBook Now ➤ JK Brandon is the author of five mystery/ thrillers. His passions are writing, long-range rifle competition and motorcycling. He lives in Scottsdale, Arizona with one tolerant wife and two misbehaving Labradors. He is also the author of The Kennedy Rifle

If you are looking for something light, sweet, but with a purpose, welcome to your next read.

There’s one thing Maddie Bird (18) finds more tempting than red velvet cake: her coworker, Drew. All it takes is one of his sly winks or a playful hip-check by the cooler, and she’s incinerating the cookies. Her boyfriend would not approve.

When a reality TV crew descends upon the bakery, her simple summer job gets even more complicated. Maddie could become the Bakery Network’s next breakout star, if she can handle the heat of being cast as a show villain. Drew has an alternate idea: run away from everything, with him and his sexy tousled hair. She decides to take the leap, but when she finds out Drew’s been hiding a shocking secret, Maddie looks down at her packed suitcase and takes a moment to think. She could fly off to Australia with a guy she hardly knows, or she could pick up her suitcase and hit him with it.

Is there anyone Maddie can turn to for advice? Her sister has terrible taste in boyfriends, so she’s out. Roxanne, the charismatic reality TV show producer, has some interesting opinions, but may be more interested in ratings. Maddie’s best friend keeps pushing her cousin Hudson, a guy who thinks he’s too cool for entry-level jobs, but makes origami. Come on. Origami?

I live on the west coast, in a Canadian city known for its rain, proliferation of yoga studios, and the 2010 Winter Olympics. (Vancouver!) I’m originally from a small, snowy town in northern B.C., but I love my new city for its beautiful mountains and the mild weather that rarely dips below freezing.

My home is full of cats, pottery, and books, as well as cheerfully squeaky floors. The tiniest room is the best one, as it catches the afternoon sun through hundred-year-old leaded glass panes.

I’m a wife, a daughter, a sister, and a proud auntie to three energetic kids.

I write because it brings me joy.

Funnier than Douglas Adams’ Hitchhiker’s Guide to the Galaxy. 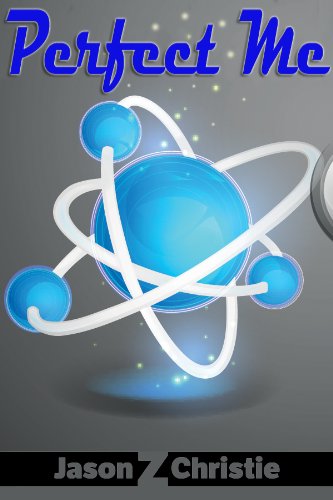 Prail Abraxis of Praxis has a boring job taking care of the  three suns that orbit Earth 2.0, so she spends her time and energy  writing games.

Between the Devil and the Deep Blue Eyes (Free Kindle Book)

Riveting, with a lot of meat and a twist at the end! 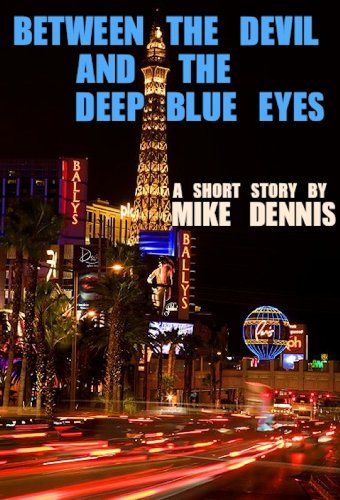 This fast-paced short story follows Harry, an utterly average guy. Harry works at the Flamingo casino in Las Vegas as a blackjack dealer.

But one day a gorgeous woman takes a seat at Harry’s table, and his life is turned upside down.

Mike is a former professional musician and poker player. Mike has published several short story collections and noir novels. In 2010 he left Las Vegas behind and moved to Florida, where he lives year-round with his wife.

Gifted housebreaker, Michael O’Connor, awakens inside an ultramodern criminal justice system where prison walls are replaced by surveillance equipment and a host of actors hired to determine if he is worthy of freedom. While he was sleeping, the Supreme Court declared long term incarceration to be cruel and unusual punishment and ordered two million felons released. The result was utter chaos and the backlash from law-abiding citizens and police departments reshaped the United States. Felons now enter reeducation programs where they live freely among the population. At least that’s what they think. In reality they are enslaved to an army of counselors and a black box that teaches them everything they failed to learn from kindergarten through adulthood. Michael believes he’s being tested by the black box, but what he slowly begins to realize is that everything he does is evaluated to determine whether he lives or dies.

Get the Free Kindle Book

CJ puts everyday people into intense situations and forces them to consider how they came to be who they are. He enjoys exploring the world through his research and varies his stories to follow his curiosity.

Sin and Vengeance, the first book in CJ’s Randy Black series, was optioned for film by a screenwriting firm in early 2008. The screenplay, written by Marla Cukor, is complete, but has not yet made it to the big screen. A Demon Awaits, the second book in the series offers a major twist in the storyline and challenges readers to forgive Randy Black’s mistakes and follow his journey in future novels. Gretchen Greene, the third Randy Black novel is the first in a series of characters Randy will be tasked with saving. CJ’s latest standalone thriller, The End of Marking Time, was published in 2010.

Quinn Larson is a wizard living happily in downtown Vancouver. He likes his life: no ties, no obligations. Well, that is, until he witnesses a grizzly murder in a back alley. Why would a fairy poison a human? More importantly, why would a fairy do it for a sidhe?

Convinced that the murder is the first step on the path to the destruction of the Real Folk, Quinn agrees to help stop the killing.

I’ve been writing for years, and learning more about the craft and art of writing over that time. The first real encouragement I got was a rejection from Harlequin, not a form letter but a personalized letter with encouragement.

Then life got in the way, a career, a university degree, and just having fun, took my focus away from writing until a few years ago. Then I discovered National Novel Writing Month and community of other writers.

I wrote Off Track that year and started on a path that led me to writing three different series of stories. I hope you’ll enjoy reading the series.

A chance encounter with one of the Hellspawn left Cade Williams with certain unique traits, including the ability to walk between the lands of the living and those of the dead. Now, as commander of the Echo Team, the special operations unit within the Templar hierarchy, he has devoted his life to using his “gifts” to protect mankind from the things that lurk in the darkness.

When a Templar commandery is invaded and its occupants mercilessly slaughtered, Knight Commander Williams is called in to hunt down those responsible.

In order to stop the killing, Cade will be forced to face his own personal demons. Not just those deep inside his heart, but also the one that left him scarred, body and soul. The same demon that has already beaten him once before…

Joseph Nassise is the author of more than a dozen novels, including the internationally bestselling Templar Chronicles series (THE HERETIC, A SCREAM OF ANGELS, A TEAR IN THE SKY, and INFERNAL GAMES.) He has also written several installments in the Rogue Angel action adventure series from Harlequin/Gold Eagle.

Born and raised in Boston, Massachusetts, Joe currently lives with his wife and children in Phoenix, Arizona. 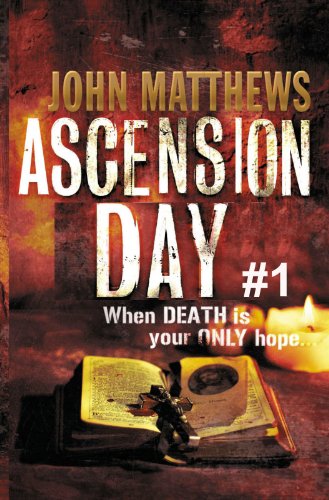 Larry Durant has less than 50 days before his execution, and Larry’s lawyer Jac McElroy is determined to save his life. But the evidence against Larry is solid, and Larry’s already confessed. But that won’t stop Jac, who is eager to prove himself and suspects foul play.

Unfortunately for Jac, there are other parties interested in Larry’s case, and they’re prepared to do anything it takes to make sure Larry’s execution is carried out on time.

BONUS: This special edition has the full volume of Ascension Day plus the first 12 chapters of Past Imperfect (approx 30%). John Matthews is a leading British thriller writer. His books span genres of crime, action, mystery and legal-thriller and include: Basikasingo, Crescents of the Moon, Past Imperfect, The Last Witness, The Second Amendment, Ascension Day, and The Prophet.

They have been translated into 12 languages with total sales of 1.2 million. In 2007, Past Imperfect  was included in a top ten all-time best legal thrillers list in The Times. He was one of only two British authors in the list.

A charming and imgainative fairytale.

Gaard is just a starving hunter trying to feed his wife and child. Vala is the mysterious new bride of the king.  When Vala catches Gaard poaching from the king’s private hunting grounds she decides to take him for a lover. Suddenly Gaard finds himself handed the job of the king’s personal huntsman. But at what cost?

Shiromi Arserio is a British writer and performer. She lives in the Pacific Northwest, along with her husband Robert, her two dogs Jory and Luna, and her cat Gobbolina the Witch’s Cat. She is an avid reader of all things science fiction and fantasy. Her favourite authors include Lloyd Alexander, Neil Gaiman and David Weber.

Skillfully balances heaps of action with a hot mess of emotion

Everyone knows it’s hard to enter high school. But no one knows better than Stanley Hoff. It doesn’t help that at night he wants to howl up at the moon. Or that in his vegetarian household, Stanley has a horrible secret that makes it hard to sit down at the dinner table and bless the veggie burgers prepared by his Wiccan mother.

As they say in New England, Stanley Hoff is WICKED HUNGRY.

In fact, he’s filled with forbidden cravings. And not for tofu pups. For meat. How much beef jerky, how many Slim Jims can Stanley hide in his room, in his locker at high school?

Get the Free Kindle eBook
*This book was free on Feb 12th and is free again today, Feb 24th.

Teddy Jacobs is a top-secret (not really) pen name for a former elementary and middle school teacher. Teddy wrote when he was a teenager, went to college, got a degree in English, and wrote some more. But then he stopped writing. One hot summer in Texas decades later, he taught high school students using real young adult novels instead of textbooks. And that sparked something.  It wasn’t just the summer school students who connected with the novels.

He now teaches high school in New England, reads stories for an online magazine, and writes as much as possible, for children, young adults, and the general fiction reading public. Teddy enjoys connecting with students, and readers — and is glad he can reach an audience across the world through Amazon. 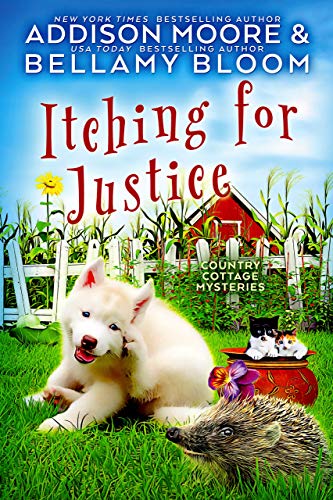 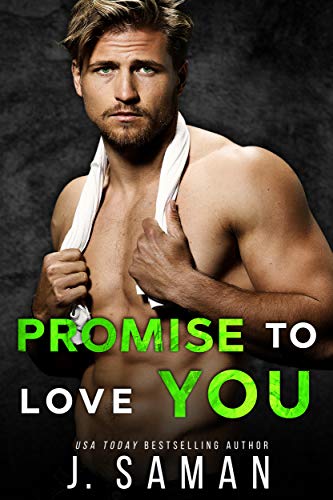 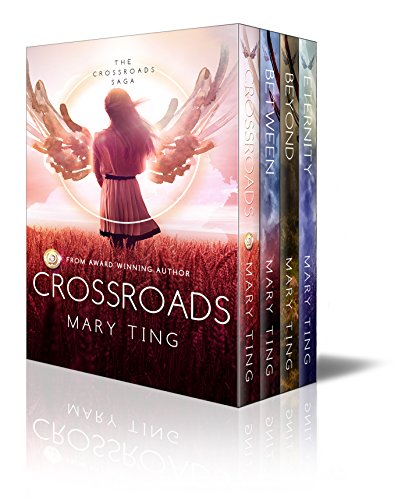 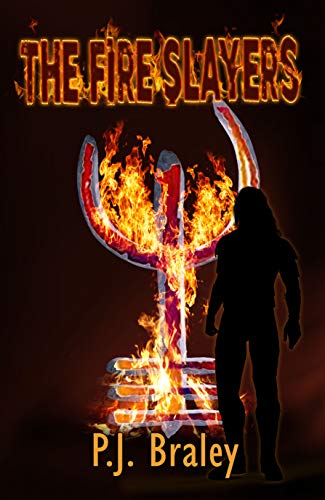