Science Fiction is one of the most popular genres of literature. It’s also one of the most diverse, with authors coming from all different backgrounds and with stories spanning huge swathes of time and space. This list showcases some of the best sci fi books that focus on both the science and the fiction. They’re a balance between two very different ends of a spectrum, but they’re all incredible reads. So if you’re looking to get into science fiction or just want to expand your reading horizons, take a look at these eight sci fi books that we can’t live without.

Have you ever wondered what the future holds for our society or pondered what it would be like to travel in time? Have you ever longed to understand our place in the universe? If you answered yes to any of those questions, sci fi books are for you. The Science Fiction genre explores all of those ideas and so many more!

Futuristic and alternative worlds have always had a way of capturing our imaginations. Sci fi novels are the perfect example of this, with some being so good that they’ve even been turned into movies. While we can’t travel to the future, alter the past, or live off-world (yet), it can be exciting to contemplate what life would be like if we were able to do those things or what might happen if we keep going down the same technological path.  From futuristic dystopias to robots to extraterrestrial invasions, sci fi books are guaranteed to take you on an unforgettable journey. On the desert planet of Arrakis, the spice “melange” is a valuable drug that can extend your life and enhance your consciousness. It’s so coveted that it’s worth killing for. Follow Paul Atreides, a young heir, as his noble family is tasked with ruling the inhospitable world of Arrakis. Read more. 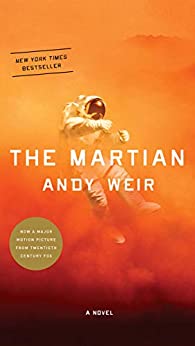 He’s one of the first people to walk on Mars and will potentially be the first to die there. This wasn’t what Mark Watney signed up for. But, after a dust storm nearly kills him and forces his crew to evacuate, Mark is left stranded on Mars with few resources and little hope of survival. Will he be able to overcome the impossible odds against him? Read more. The world is ending. Her son is dead. Her daughter is missing. Now she must hide her secret power and find her kidnapped daughter while traversing a merciless, catastrophic land. “[A] novel of power, oppression, and revolution.” Read more. What if women had the power to wield electricity? What if they had the power to hurt, and even kill, with just a touch? How would society change? The Power is a fierce, alternate reality that explores these ideas and many more! Read more. An unputdownable classic! In a world where Big Brother is always watching and the Thought Police can read your mind, Winston Smith walks a dangerous line for the simple reason that his memory still functions. A new love affair and a secret revolutionary organization give Winston the courage to stand against the powers that be. Read more.

Buy on Amazon Buy on NookBuy on KoboBuy on Apple In Kindred, Dana is suddenly pulled from her life in modern-day California (where she’s celebrating her 26th birthday) and transported to the antebellum South. There, she saves the son of a plantation owner from downing before she is drawn back to her present life. Over time, she is drawn back and forth between her life in California and life as a slave. Danger lurks, and Dana fears her life may end long before it has the chance to begin. Read more.

Buy on AmazonBuy on KoboBuy on AppleBuy on Google Play In a near-feature United States known as the Republic of Gilead, a monotheocracy has been born from social unrest and a sharply declining birthrate. The regime goes beyond the repressive intolerance of the original Puritans, taking the Book of Genesis absolutely at its word. The result—bizarre consequences for the women and men who live there. Read more. 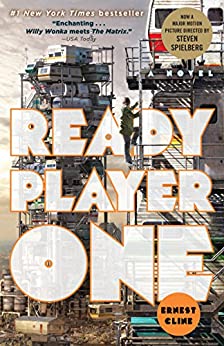 It’s 2045, and life in the virtual OASIS is far more exciting than reality. That’s why most of humanity spends their days there. When the creator of the OASIS dies, he leaves behind a series of puzzles—the first to solve them will inherit his fortune and control of the OASIS. Read more.

We hope you’re able to find a book you love on this list of some of the best sci fi books! Be sure to pick one up if you’re in the mood for an out-of-this-world adventure. If you have any sci fi book recommendations you would like to share, be sure to leave a comment below! And, if you’re interested in finding more sci fi books to read, Freebooksy has plenty to offer. Be sure to sign up for our Freebooksy newsletter here to receive free sci fi books in your inbox every day.