How They Did It – Free Kindle Book

Perfect for the aspiring writer! 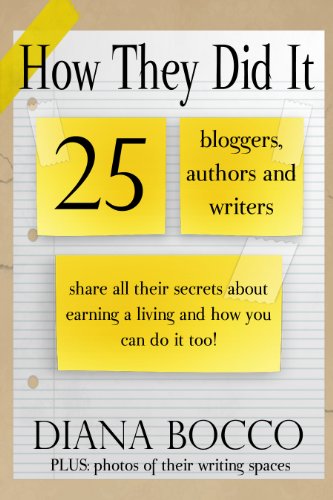 Are you interested in writing a book or blog? In How They Did It, you’ll find tips and tricks from some of the top freelancers and bloggers in the country. Get advice on finding motivation, landing paying assignments identifying scams. Learn valuable advice from successful people who’ve learned how to make a living from blogging, freelancing and writing.

For the past decade, freelance writing has taken me to the dusty streets of Phnom Penh, the manicured gardens of Tokyo and the cobbled alleyways of Prague. I’ve lived in five countries on three continents and taken my pets along to each one of them. I also enjoy less “typical” things, such as winter and snow, old libraries and creepy abandoned buildings. When I’m not writing, I spend time picking up stray animals, reading obscure little books in foreign languages, and planning crazy stunts like parachuting and hiking in Ojmjakon (you have to look it up to understand).

It’s day two of The Indie Book Collective‘s Lucky Days Free Par-Tay that has  40+ of their award-winning authors offering their books for free. Here are our faves in the Romance genre (click on the book cover to get the FREE book):

A wild ride through the streets of D.C., escorted through the halls of Langley and the J. Edgar Hoover building.

A graduate of the Department of Defense’s experimental Black Flag program, Daniel Petrovich carries a secret he’d rather keep buried. A secret his government has hidden in the deepest vaults of the Pentagon. Unfortunately for Daniel, some secrets carry a debt that can never be repaid, and certain acquired skills will always hold their value. Someone is trying to raise Black Flag from the dead, and bring Daniel back with it. Someone who knows all of his darkest secrets.

In exchange for the promise of a clean slate, and a chance to keep the life he has built with the woman he loves, he agrees to carry out one final mission. Now Daniel has an even bigger problem. The assassination of Mohammed Ghani, a wealthy Muslim importer, wasn’t the uncomplicated mission he had been promised. Seven other prominent Muslim businessmen are killed on the same night along the East Coast, suddenly extinguishing Task Force HYDRA, the most significant counter-terrorism investigation in recent FBI history.

Daniel’s life is about to disintegrate, as he becomes the focus of a relentless FBI manhunt, and the target of a vengeful CIA agent. To survive, he’ll be forced to release a dark side he fought for years to keep suppressed. A dark side with few boundaries, and even fewer loyalties.

I graduated from the U.S. Naval Academy, with a Bachelor of Science in English Literature…I’m still trying to figure that one out. At one point, I studied Shakespeare and Electrical Engineering during the same semester, which should be illegal in the United States.

Upon graduation, I reported to SEAL training in Coronado, California, where I spent the next year engaged in that hellacious training, trying to overcome a persistent training injury. Moving on from Coronado, I served the next seven years with various military units, ultimately getting to jump out of airplanes and blow things up with our Marine Corps as a forward observer liaison…which I felt was the natural order of things for my twenties.

Upon resigning my commission, I moved with my family to coastal southern Maine, where I work, write and struggle to make the best of a short sailing season and a long winter.

As we mentioned in our blog post earlier today, The Indie Book Collective is running a Lucky Days Free Par-Tay that has  40+ of their award-winning authors offering their books for free. Here are our faves in the Mystery / Thriller genre (click on the book cover to get the FREE book): 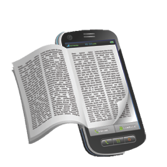 What does this mean for you?

Over 40 FREE books are up for grabs! There’s something for everyone – Romance, Mystery, Thrillers and Humor. And all by award-winning and best-selling authors. So head over to the Free Par-tay now and get your free books.

The Banshee and the Linebacker – Free Kindle eBook

Sweet, fast-paced and has an ending that will blow your mind.

Always the good-girl, TARA is a typical high-school cheerleader dating a nice-guy football player. She’s typical, that is, except for the fact she’s a Banshee who gets premonitions of other people’s deaths. When Tara sees her boyfriend LIAM’s death in an upcoming game, Tara vows to do anything she can to save him…even if it means cheating on him with his bad-boy twin brother, KEAGAN. Can she change Liam’s fate? And if she does, will her own change with it?

P.R. Mason is an award-winning author of young adult paranormal romance and urban fantasy including Entanglements, Fated Hearts, and The Banshee and the Linebacker. She also writes steamy contemporary romance under the pen name Patricia Mason. Pat escaped from the snowy Midwest winters of her youth by moving in 2001 to the strange and wonderful city of Savannah, Georgia. She spends her days writing and as the subject of her cat overlord’s mind control experimentation. 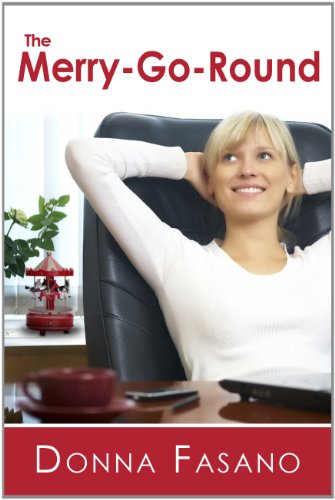 An utterly charming romantic comedy that pulled me in right from the start.

After her divorce, Lauren is hoping things in her life will settle down. Instead she finds herself at the center of a circus: her father moves in with her, her assistant is pushing her into the dating game, and her ex-husband still hasn’t left the picture.

This fun story is full of quirky characters and the chaos they bring with them. Will Lauren be able to slow down and stay calm? Or will she learn to enjoy the ride? Donna is the best-selling author of more than 30 novels and audio books. She also writes under the pen name Donna Clayton.

Donna is married and has two adult sons.

The fast pace made it a fun read that kept the action going consistently! 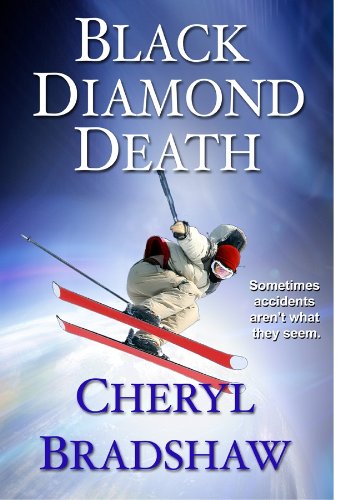 When a Audrey Halliwell’s sister is found dead on a slope of one of Park City, Utah’s newest ski resorts, the death is assumed to have been an accident – but was it?

Audrey doesn’t think so, but she’s having trouble finding someone who will believe her. Audrey hires Sloane Monroe, a private investigator, to help look into her sister’s death.

As Sloane begins to uncover the truth, she discovers a dangerous killer who will stop at nothing to protect his secrets. After another body is discovered, Sloane has to wonder – will she be next?

When not writing, Cheryl loves to read and travel. she’s not hard at work writing her next novel, Cheryl is an avid reader and loves to travel.

Hilarious in some parts, heartwarming in others, and just down right entertaining.

When a new boy moves to town, Sashe realizes how suddenly her life is about to change. Though non-magic themselves, she and her sister have grown up with shape changers, and now a deadly foe is out to banish the shape changing magic from the country. The Protectors have the ear of the king and they’ve cast a curse on the shape changers designed to slowly kill them off.

Sashe is forced to consider her survival when a friend of hers is killed because her father refused to help the Protectors. She’s slowly falling for the new boy, but she must choose whether she and her sister can stay with the shape changers with their dangerous future. Should they decide to stay, how will they protect themselves against such powerful enemies?

Emily Ward is the author of Passages, Finding Fiona, and The Protectors series. One of her first stories featured a young girl whose doll came to life. The rest is history. She spent years writing mainly fanfiction (thank you, J.K. Rowling!), but has since ventured into originality. When it comes to fiction, she writes mainly young adult, contemporary, and fantasy. She also writes nonfiction, ranging from stories of her travels to thoughts on the Bible. Aside from writing, she loves reading, traveling, learning about God, sociology, religion, and Reeses sticks. Currently, she lives in Salem, Oregon with her husband Chris and their cats. 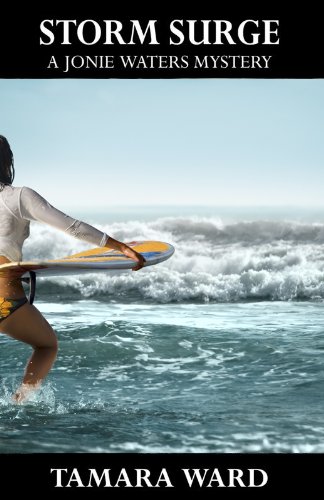 Fledgling reporter Jonie Waters isn’t afraid to play the detective. So when a tip about a story comes her way, Jonie doesn’t think twice. When she discovers the dead body of a childhood friend, Jonie is determined to hunt down the killer.

Jonie’s efforts rouse suspicions, and Jonie finds herself caught in a web of crime and deception. Will her efforts help Jonie solve the case? And will she attract the eye of the handsome lead detective? Tamara Ward’s work has taken her across North Carolina. Her work has been published in multiple state magazines and newspapers.

Tamara is working as a freelance journalist and is working on the next installment in her Jonie Waters series. 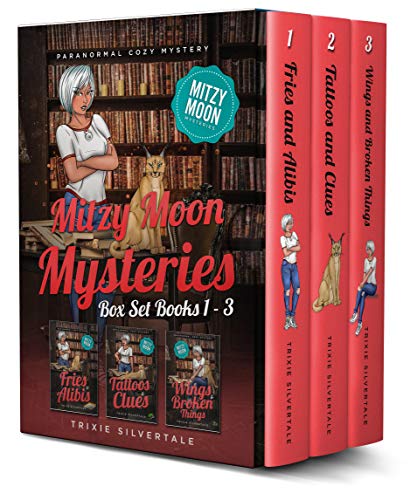 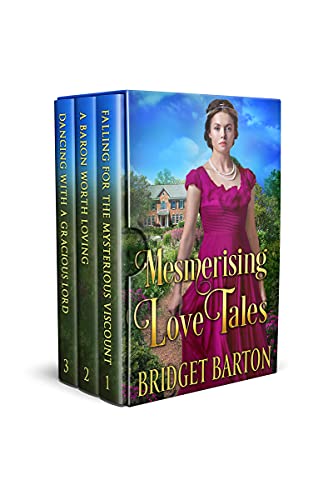 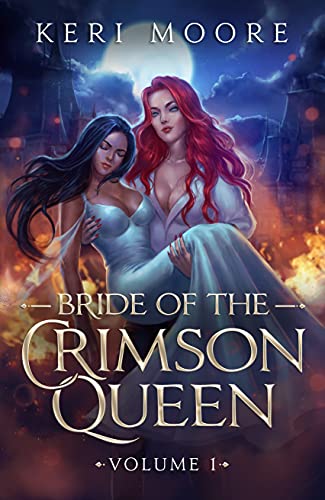 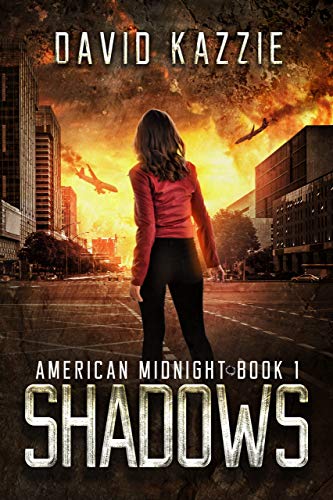