The Hottest Erotica Books We Can’t Put Down

Interested in some new steamy book finds penned by Black authors? We got all your wildest fantasies with these recommendations. Erotica, unfortunately, gets a bad rep, but there are so many benefits of reading erotica that this genre deserves a second look.

Why You Should Read Erotica Books

However, reading erotica is always a reader’s sexual imagination and reinforces readers are worthy of sexual exploration. According to Dr. Risa Kagan, a gynecologist at Sutter East Bay Medical Foundation, about 1 in 10 women have a low sex drive and are distressed by it. A study conducted in the National Library of Medicine found that 90 percent of women used ‘mental framing’ (also known as scenario conjuring) to get aroused. Since erotica provides literary contextualization to characters versus a visual foundation, women erotica readers can connect differently to erotica titles compared to male readers.

Here are 5 of the best erotica books that will leave you wanting more! When Gemini’s boyfriend, Darius, threatens his promising NBA career by getting caught up with friends from his old neighborhood, it’s up to Gemini to try to get him back on track so he can focus on getting paid and starting a family with her. However, when Darius turns an injury into a major advantage and an NBA deal is finally brought to the table, every clout chaser and side chick in the area is trying to steal Gemini’s man – even the woman she thought she could trust most.

Aaliyah Jackson’s Hoop Dreams is the first book in the three-part series that follows the tumultuous ups and downs of Darius’ love life whilst juggling his NBA career. One five-star review says the book was “very well written, plenty of drama, intrigue, and mystery.”

Free on Amazon Free on Nook Free on Kobo Simone Brooks is a wealthy socialite looking for a suitable husband. A man with the right pedigree and economic status that matches her own. Simone runs into Cameron Bennett, part-owner of the hottest nightclub in Atlanta. Cameron loves cooking, the outdoors, and women, not necessarily in that order. After one night together, their sizzling chemistry makes it difficult to stay away. Then comes the hard part—navigating their differences to salvage a relationship that, while it may be imperfect, overflows with love and passion.

USA Today Bestselling Author Delaney Diamond leads the Brooks Family series with A Passionate Love. The journey to the steamy romance between Cameron and Simone is one worth taking and completely unexpected! A reader states, “as with all of Delaney Diamond’s stories, character chemistry is on point and the story flows smoothly from beginning to end. This is a definite must-read!” After almost six years, Maceo and Chrissy King’s marriage could be over with. Maceo has completely ignored his vows. Cheating is his side hobby, and being faithful doesn’t exist. The King’s marriage looks perfect from the outside looking in. However, everything that glitters ain’t gold. Big trouble is brewing. Maceo is wilding out with his late-night creeps. Things get crazy, as a side chick goes to dangerous lengths to make Maceo her man.

Scandalous Affairs is the first book of the Scandalous Affairs trilogy. When the side chick enters the equation, you know you’re in for a story full of surprises. Maceo and Chrissy’s story was originally released summer of 2017 but was re-released with a whole new set of surprises in February 2021 and it’s a thrilling conclusion to this first book, which readers describe as “action-packed from beginning to mind-bending end.”

Free on Amazon Free on Kobo Melissa was a quiet, shy girl that no one noticed. Her only friends were her roommate since freshmen year Carissa and Chantel who was the only friend that she’s had since her childhood. At the beginning of her junior year in college, she meets this guy named August who’s known for only wanting one thing from girls—sex. But August sees something different in Melissa and he’s willing to try committing with her.

Written by Lashea Miko, No Love, Just Sex is the first installment of the Her series. The book is far from typical; Melissa faces a sea of trouble including shootings, kidnappings, and even a health scare while in the midst of figuring out her newfound love with August. One five-star review states, “this book had me at the edge of my seat with every turn of the page! Can’t wait to get the second book!”

Free on Amazon Free on Apple 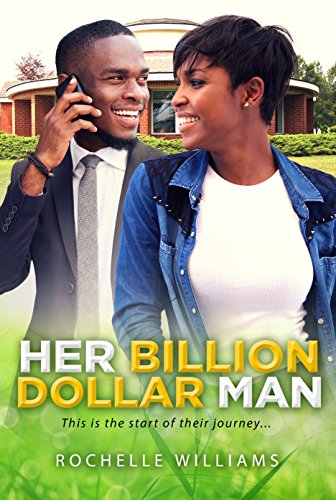 Debra was the product of a broken home. With an absent father and a mother who overdosed on drugs when she was eight, group homes were all she knew. Derek Mitchell had risen to stardom by sheer determination through his talent as a singer and songwriter. Now a worldwide star with a billion-dollar empire, the world is his oyster. But when he meets Debra through his younger brother, he knows he’s just found the woman he needs to complete his life. But will she feel the same?

Her Billion Dollar Man is the first book of the Debra and Derek series. Debra and Derek experience love at first sight like no other. Debra is a volunteer worker at a local group home while Derek is an aspiring musician. As their polar opposite worlds come together, as the saying goes, love conquers all. A five-star reviewer shares, “on a scale of 1-5, I will give it a 10. I enjoyed reading it over and over again.”

We hope you enjoy these must-read erotica books! For more recommendations, sign up for Freebooksy’s newsletter!